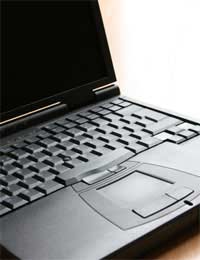 There are many ways to save on household bills, and new devices are being invented on a regular basis, designed to save money in the home.

However, Google have recently come up with another amazing piece of software, combined with "smart meters" placed on devices around the home, which provide the user with an instant view of the power they are using to excess and where this is occurring.

Once the system is installed, it will be a simple matter of users utilising a special "widget" on their personalised iGoogle page. The idea is that all the devices in the home are monitored via the home computer.

Watch the Energy Used on Each Device

The information provided is more detailed than can be obtained at present, as individual devices have their own energy statistics associated with them. For instance, it will be possible to see at a glance how much energy the TV or the cooker is using. Knowing this information, users could decide where energy cuts can be made to save money. It will also lead to a "greener" view of the energy being used around the home.

It is said that if half the US population saved 10% in their energy demand using this technology it would have the equivalent effect of eight million cars being taken off the road.

It is called the "Google PowerMeter" and is currently in development. It is still being tested by Google's staff, but it is expected to be introduced to the wider public in the near future.

A typical user will need access to an advanced "smart meter". This has the ability to provide detailed information about power consumption. The idea of a smart meter is nothing new however, as there are estimated to be about 40 million smart meters already in use in the world. The Google idea however, will mean that this number increases to approximately 100 million more in the next few years.

Google's Technology Ventures into the Home

Google's intention is to provide the world with universal information about energy use. With the ever increasing costs of energy, the technology is sure to prove a winner in the near future. It will be good to see at a glance when we are spending too much on specific machines in our home. For instance, do you ever leave the computer switched on and unattended? This can consume a lot of power, but if you had the means to measure it via a smart meter you would be able to put the computer in sleep mode and compare the energy used to when you have the PC on all the time. It has numerous uses such as this, but in the longer term it will probably save us a lot of money in the home.

Another advantage is that you can directly compare the costs of a certain device by company, and allow us to choose a company based on the consumption of the machine we use the most in the home, such as a cooker for instance. The technology has great potential to save money and energy in the home, and it can all be monitored from your home computer, including the computer energy usage itself!