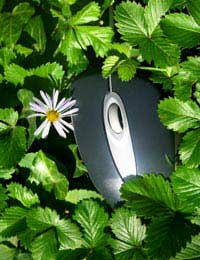 Green technology is a term that’s been bandied around in the media for a little while. It’s a wonderful phrase, but what exactly does it mean, and how can it have an impact on our lives and on the future?

What Is Green Technology?

Green technology is a very wide-ranging term, one that covers all phases of life from computers to cars, using the advances in technology to make things more eco-friendly and lower our carbon footprint.

It’s as prevalent in a new type of hybrid or electric car as it is in making computers that use less energy, or the recycling of mobile phones and computers parts (many of which end up dumped on landfills in Africa, unfortunately). The fact is that, out of necessity, green technology has to be the future.

How Do We Make Technology Green?

As we become more eco-conscious, the idea of being green in all parts of our lives is more and more vital. Oil prices are high and stocks dwindling, so we need to develop technologies that don’t rely on oil and petrol, but will let our cars use electricity, for instance. That’s an obvious example of green technology, as is using technological advances to make our houses far more energy efficient.

Many people wouldn’t immediately think of computers in terms of green technology, but they’re an important part of the equation. Software designed on computers can help cut energy consumption or make items and processes more eco-friendly, for instance.

Additionally, computers themselves use a lot of energy – more than most might believe. If you leave yours on, it’s eating up electricity, up to 200 watts for a big gaming rig. That’s not green. Newer generations of computers will aim to have greater capacity and speeds but become more carbon neutral.

Technology impacts every aspect of our lives, and the more we use it to help slow and combat climate change, the better things will be for us all.

What Green Technology Offers For The Future

Green technology is a burgeoning field, and becoming more so every day – it’s no surprise that it’s being tipped as a good area of investment. Both new and existing companies, as well as governments, are putting money into every aspect of the field, from better windows and insulation to more efficient vehicles, new fuel such as the hydrogen cell, or better computers – the relatively recent idea of cloud computing could bring about a revolution, virtually doing away with the home computer as we currently know it.

Eco change is vital, and technology has the tools to make it happen. Obviously, huge changes won’t occur overnight, but each advance helps.

Major car manufacturers will start the production of electric cars, and the technology has reached the point where the advantages are starting to overcome the problems (such as the limit on how far they can travel between charges). Hybrid cars are a prime example of green technology in action.

It can be there in our homes, too, with appliances, including computers, mobile phones and televisions that use less toxic components. When discarded – have you ever wondered what happens to them after you get rid of them? – the toxins from appliances seep into landfills and poison the groundwater – and a lot of those landfills are in developing countries. So better appliances would be eco-friendly in several ways.

At this stage, green technology isn’t an option, it’s urgent and vital in every field. Our resources are finite and many are running out and so is time if we’re to halt or change the effects of climate change. Green technology is the future for us all.

Technology & The Way We Work

Effects Of The Communication Age