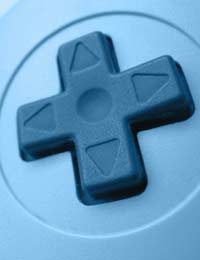 We think of video games purely as entertainment, and that’s certainly their prime commercial function; they make millions for companies by entertaining. But they can do more than that, and in some instances the line between the real and the virtual can be very thin.

Second Life is an online multi-player world where people take on avatars and interact with others. So far, so good – it’s escapist and fun. But the real world has invaded Second Life. There are job fairs there, with the rewards being real life jobs. Many real world businesses have a presence in the video game (as does the Swedish embassy!), and real estate and goods there can be bought for – yes – real world money. A few people actually make their livings from selling virtual goods in this virtual world.

Although it’s not quite the same thing, some in developing countries earn money by “gold farming” in games like World of Warcraft. The gold they collect is sold to middlemen who then sell it on to others for real money, and often make a handsome profit in the process. It’s strictly illegal according to the rules of these games, but people do it anyway, and for some, especially those at the bottom of the gold farming chain, it provides an existence they might not otherwise have.

These might seem like extreme examples, but they’re not. They simply illustrate that the divide between video games and the real world is a lot more fluid than most people imagine, as well as the notion that if there’s a profit to be made somewhere – anywhere – someone will find it and others will follow.

Video games are meant to be fun, even the most violent of them. But there’s also a category that never makes it to market, known as “serious games.” The first of these appeared in 2002, when the US Army used it to help boost recruitment and identify talented future soldiers.

From there it’s grown into an industry, as video games are used to train armed forces personnel before they’re deployed abroad by putting them into virtual situations they might have to face in reality, but without the real bullets, and also to help give them information about the areas they’ll be seeing.

They’re not the only ones receiving training virtually. Emergency services workers can discover how to deal crises like bombs. Played in real time, the games help workers prioritise the tasks they need to fulfil – and one company has been developing a very real virtual London for a dirty bomb scenario to train emergency workers.

These do help, exposing those who need to be trained to the circumstances and pressures they might have to face, but without the bodies, fallout and bullets. As such they perform a very valuable service that, in the long term, can truly help save lives, and, in spite of the expense of developing the video game, it’s remarkably cost-effective.

But there’s another way video games can save lives too. Other games can help hospital medical teams test their effectiveness together, and some games can help those who need to learn how to walk again, after amputation or a stroke.

As an industry, serious gaming – which is centred in the UK - is still very new. But it’s growing rapidly, and the applications and possibilities are very wide as it grows and develops very quickly. Video games can interact with the real world in ways few of us would ever have imagined until very recently.